It’s all started with a Facebook status. I remember watching the news of the typhoon going towards the Philippines, and this was my first thought that I posted – “Thinking to fly to South Philippines this week.”
The Next morning I received an e-mail from a photographer in Southern California asking if I would like to join him on his trip to the Philippines, which he was planning also. The dates didn’t work out, so I left after him.

Yet Preston – the guy who contacted me earlier was kind enough to share his contact person in the Philippines.
So, I started looking for a small team and invited my two friends Dennis and Avel, who are incredible cinematographers to come with me on the trip to document it and they gladly agreed. A week later we were on our way to the Philippines.

We arrived at 2am, and our new friend Kent Jesalva, picked us up from the airport, and after a 2 hour drive we were already on tour way to a different island. We had no agenda. All we wanted to do is to see what really happened. Who was affected. And how we could help them.

We went to Philippines with one mission – document the aftermath of the tragedy, and share the story with you in hopes that someone out there would like to join and help those less privileged people in Philippines. What we were able to do is make that message known to you, but now it’s up to you to decide if you want to join the cause. It’s amazing what can be done when two or three come together. Now I am asking you to join me in this and help those that are helpless, broken and hurting.

On March 7th of this year, my team and I are going back to the ruins and will be providing people with tools to rebuild, generators for those without electricity, and food for those who cannot afford it. With your generous donation we will be able to help these people. If you would like to be apart of what were are doing, please feel free to click on the link below and donate. Every single penny will go directly to the people that truly in need. Thank you so much! 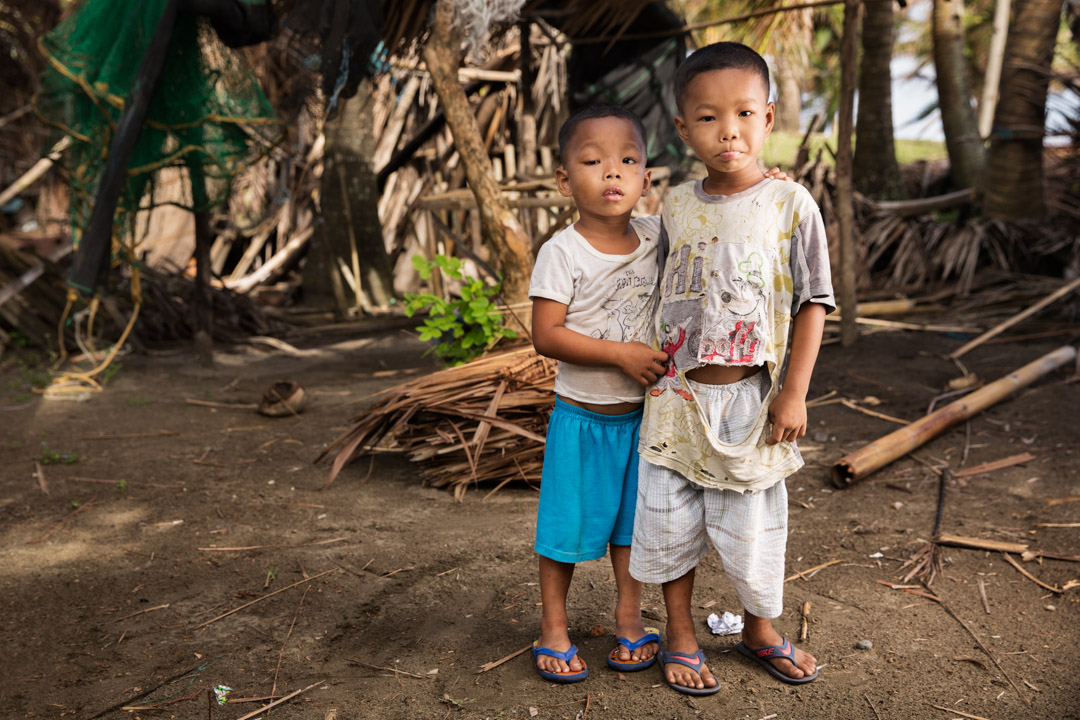 Two boys stand next to the ruins in the village where their homes used to stand. 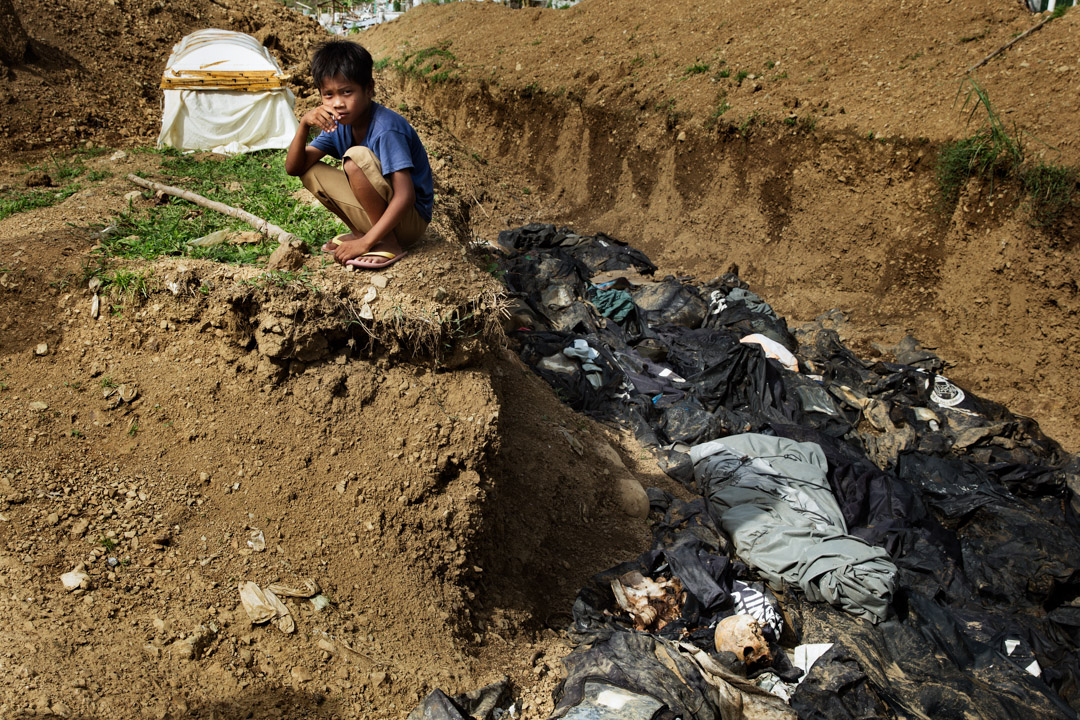 A boy sits next to one of the many mass graves on the outskirts of Tacloban. 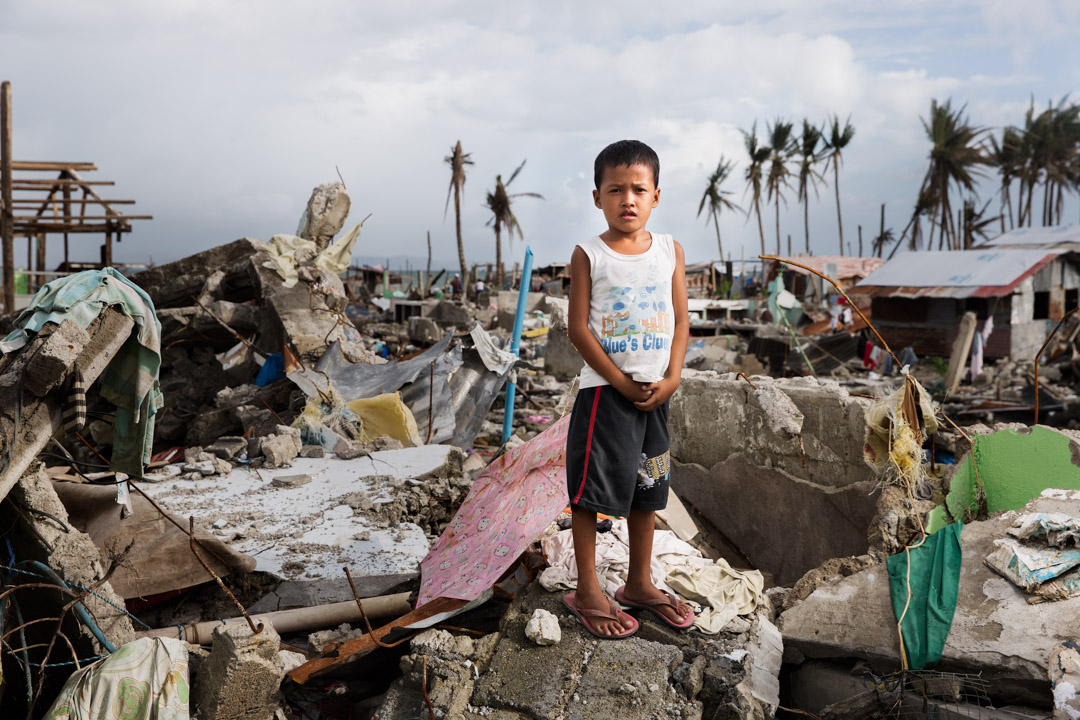 A boy stands on top of the debris where his home used to stand. 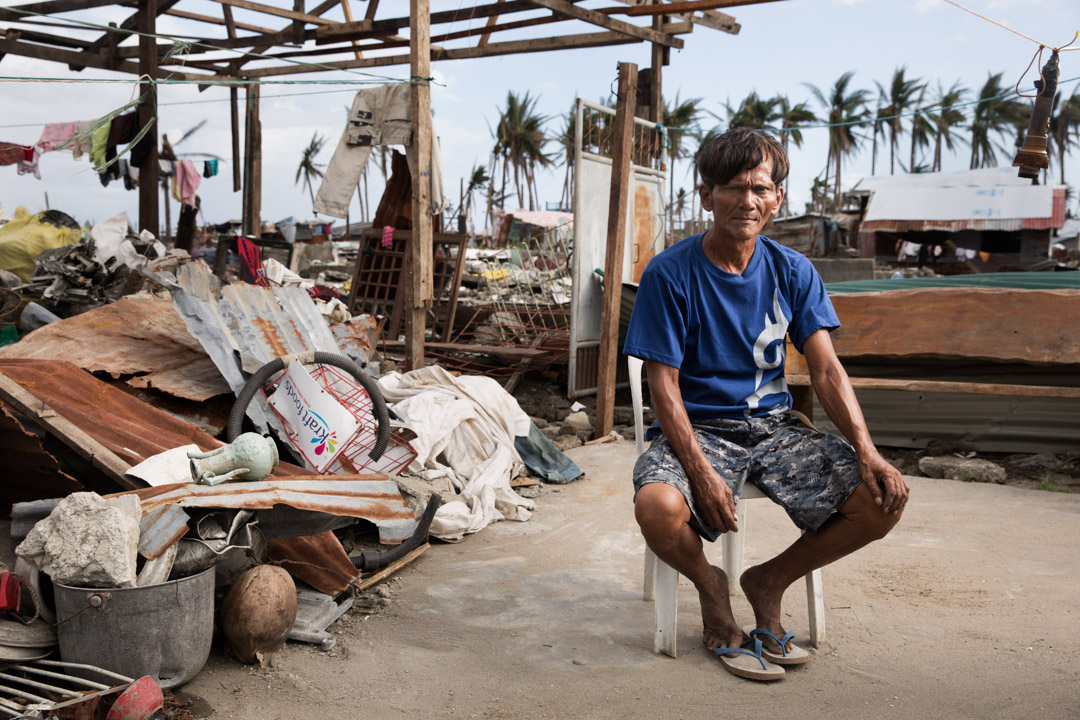 Surrounded by pots, pans and the wood frame of his home, this man sits in the middle of where his kitchen once stood. 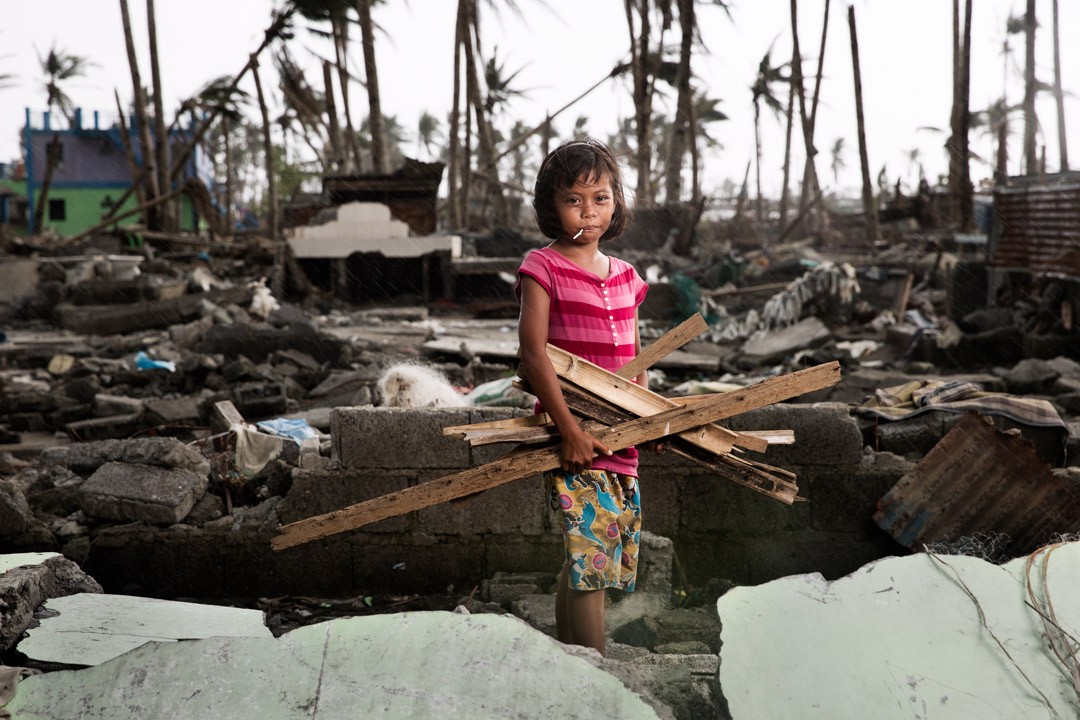 This girl is one of many children who do not go to school, but help their families look for material to rebuild their homes. 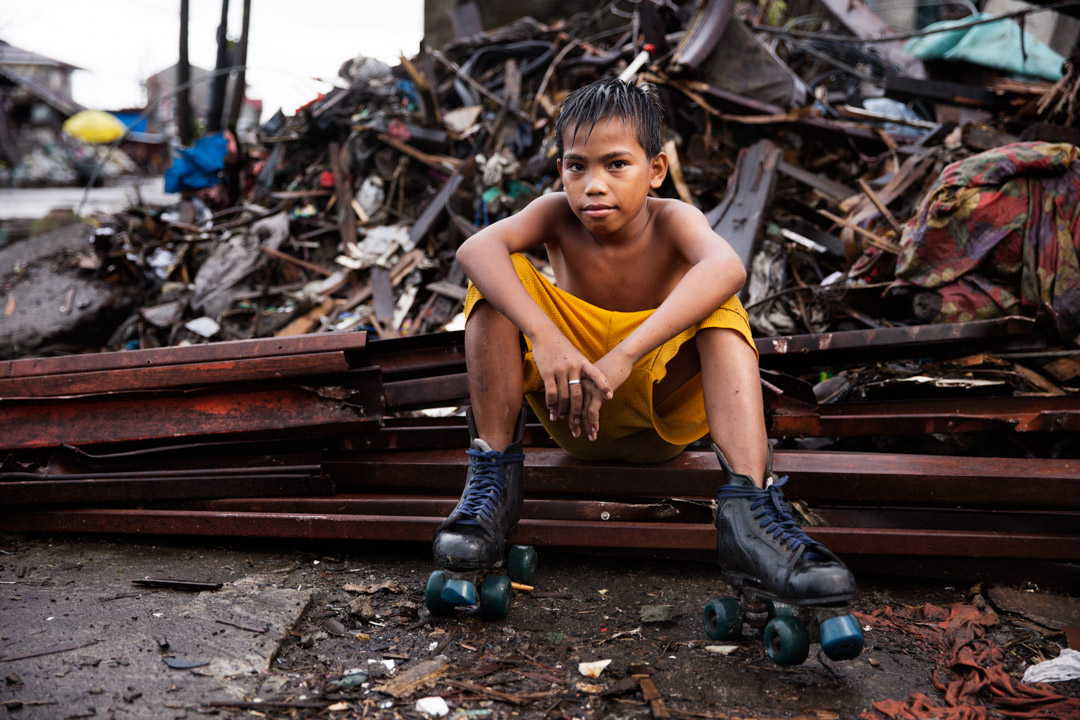 A young boy on rollerblades occupies the streets with piles of metals and wood, claiming it his temporary playground. 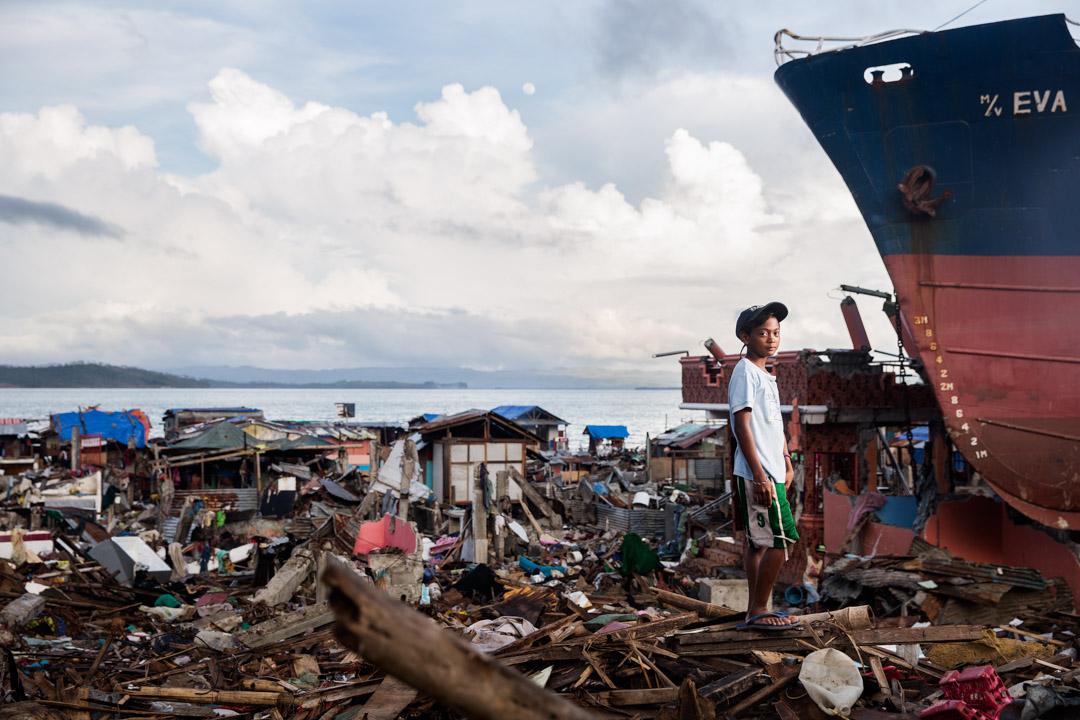 A boy stand on the rubble where a huge ship ran aground destroying many homes. 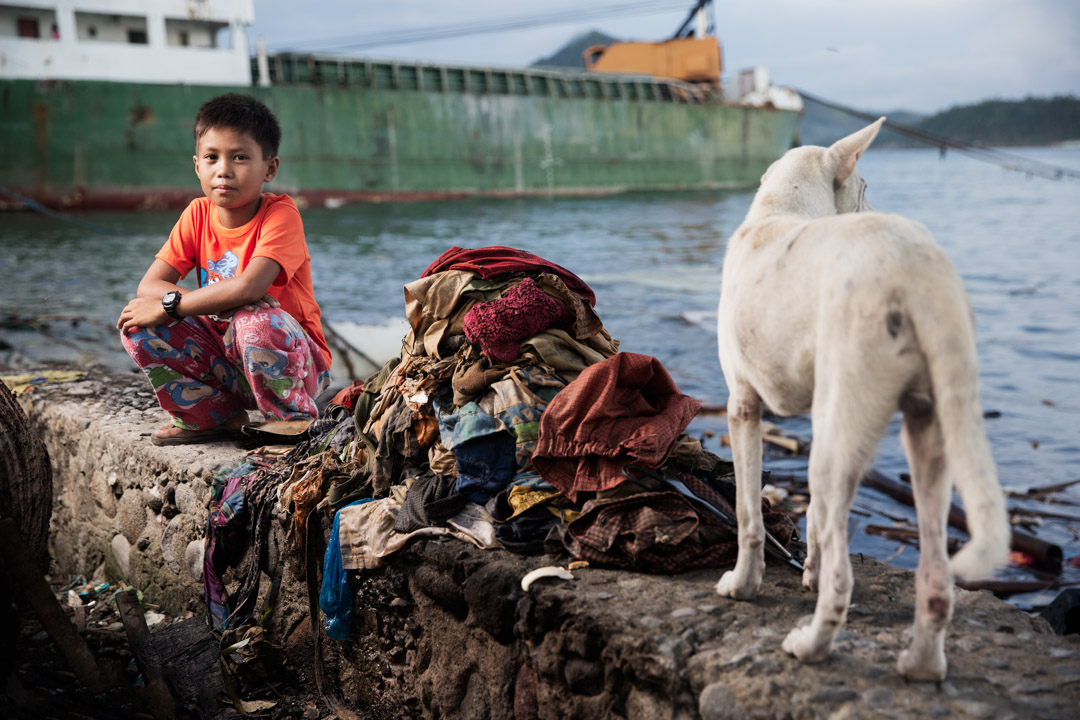 A boy rests next to a pile of laundry, as he waits patiently for his turn to play with kids near by. As a result of the typhoon, people are forced to use Cancabato Bay waters for washing clothes. 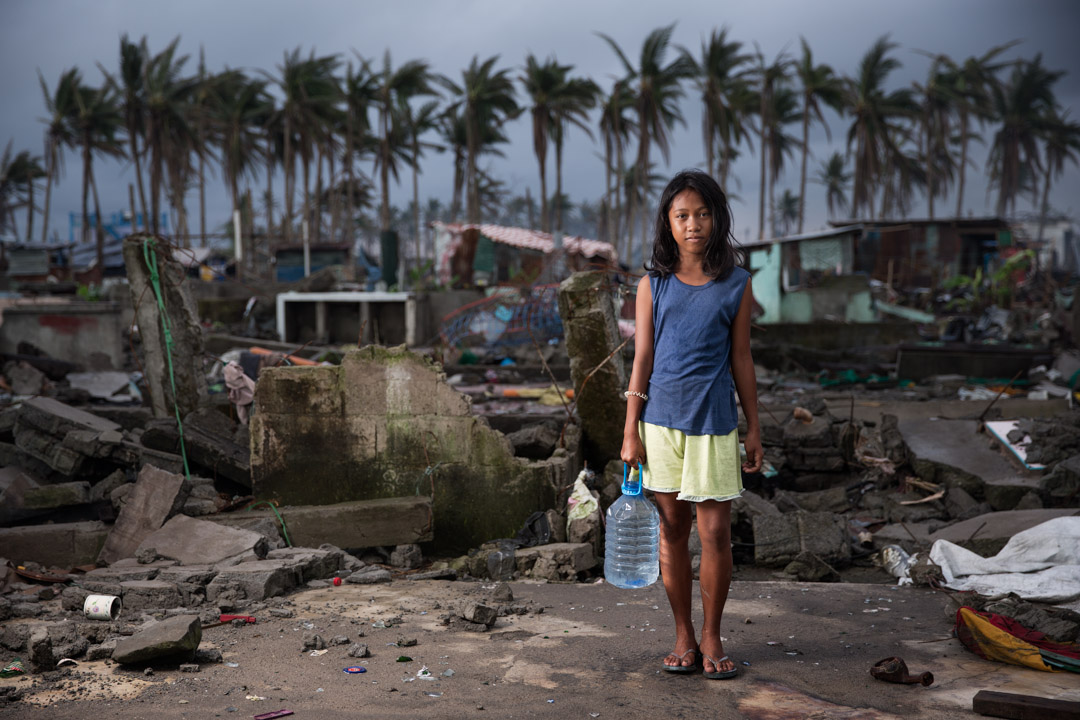 A young girl carrying water pauses for a picture before continuing her walk home during early dawn. Due to severe destruction to homes, access to water is very limited. 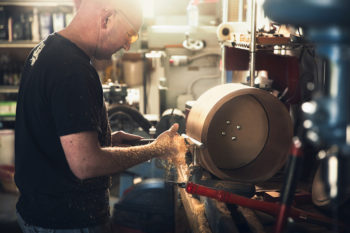