Recently I had opportunity to work with Mike Johnston. He began studying the drums at the age of 5. He spent the next 15 years studying privately with some of the greatest educator/drummers of our time including Pete Magadini and Steve Ferrone.At the age of 21, Mike received his first major label record deal with his band Simon Says (Hollywood Records) and spent the next 5 years touring the world. He received a gold record for his contributions to the Varsity Blues soundtrack and has appeared on The Late Show with Dave Letterman as well as on MTV’s Fashionably Loud. He also toured the US and Europe with Warner Bothers Recording artist FILTER. Mike currently runs the educational website www.mikeslessons.com where he offers pre-recorded video drum lessons as well as “LIVE” on-line drum lessons nationally and internationally. So if you’re interested in drums lessons, he is the guy.

Mike recently switch from DW drums to Gretsch, and wanted to do a different type of photo shoot. So I had an idea to add some real fire into the shoot, and good thing Mike liked it and wasn’t afraid to set his drum set on fire.

For this shoot I used 2400 Acute Profoto setup. I had 5′ Octa as a main light, and some wash LED light and Profoto D4 head right behind Mike’s back.
I used cyber-syncs, and this time I shot with canon 5D mark II and 35 1.4.

Here is a small behind the scene video, which my friend Serge Moskalets put together. 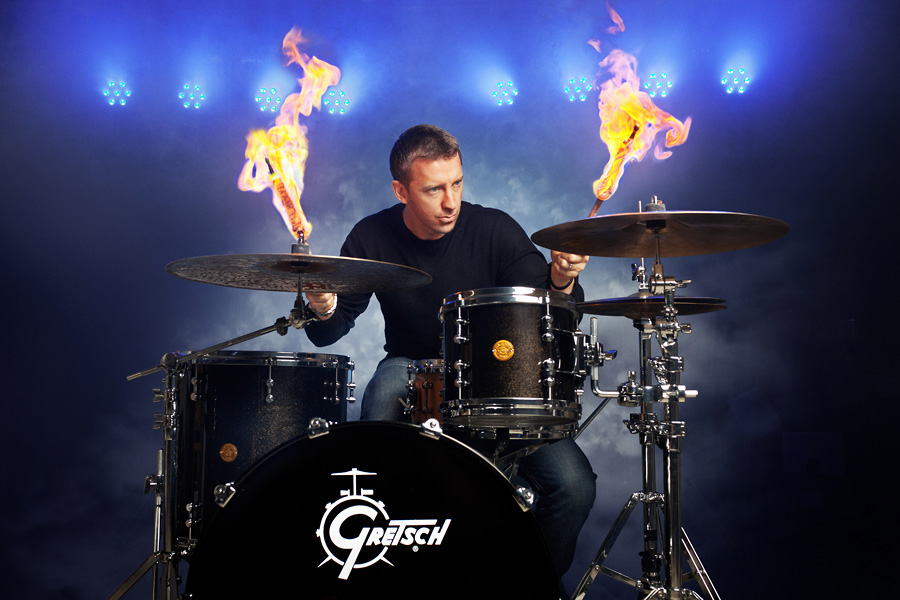 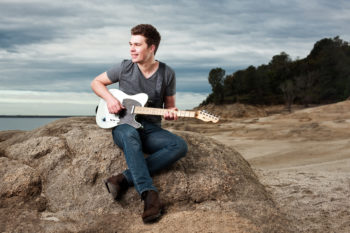